Not the clearest picture in the world but it was taken while I was a passenger in a moving car – but how glorious are these colours. Despite the changeable weather we’ve had this past week, their has still been brilliant blue skies which can’t help but warm your soul and put a smile on your face.

Last week Jason and I ventured out on our day off to visit somewhere I have never been before – Horsey Beach! For those of you not in the know, this beach is renowned for basking seals visiting it and having a nice sunbathing session. Quite how I’ve gone 40 years without having ever been here is beyond me, call it a deprived childhood, but we finally made it here and what a lovely beach it is !

So we’re casually strolling along, enjoying the beach and trudging through the sand while our calf muscles cry in pain with me hoping to see a couple of seals to tick this off my bucket list and then we come across these…

This was one section of the beach and there were about 3 or 4 groups this size with easily 30 in each group. So much for me hoping to see a couple of them, I had no idea there would be so many…and they’re HUGE. The other thing I wasn’t expecting was the smell – OMG they’re cute but they stink. We didn’t get too close to them mostly because we didn’t want to scare them but also partly because of the smell. I couldn’t help think of Ludo in Labyrinth by the bog of eternal stench saying ‘smell’. If you haven’t watched Labyrinth you won’t have a clue what I’m on about and if you haven’t seen it – why haven’t you seen it, it’s a great film.

Anyhoo, I digress. So Horsey beach is a great place to visit, seals or no seals, I would highly recommend it, plus it’s not too far from Happisburgh to go and take the obligatory lighthouse shot. 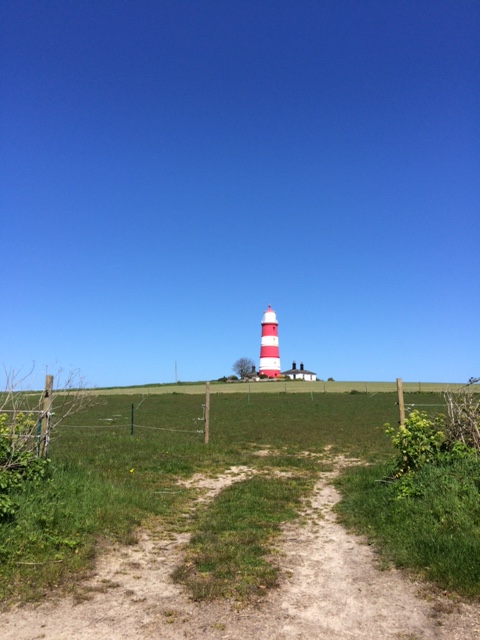 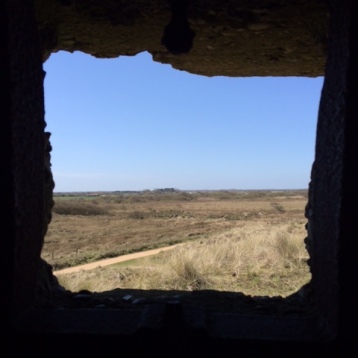 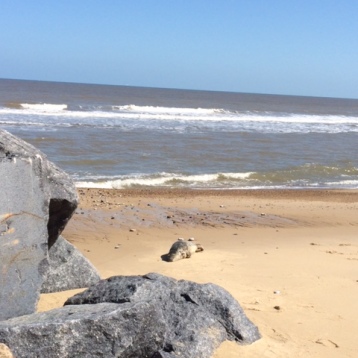 We were pretty lucky with the weather the next day too and went for a little walk after hubby got home from work. We didn’t go too far, we’re lucky enough to live near Broome pits which is a large common area with a lake and it’s just a really pretty area and a great place to go for an evening mooch about when the light is low and warm.If you look closely enough you can even see the moon. So roll on more of this lovely weather, the snow and hail can do one. We’re ready for Summer so bring it on 🙂 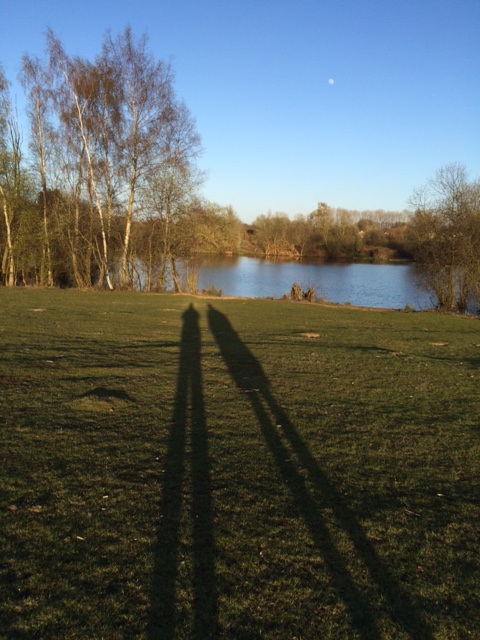 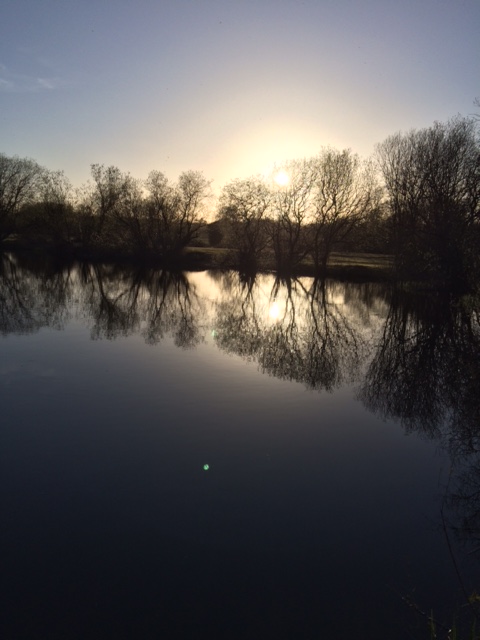